Give snack time the Paris treatment. 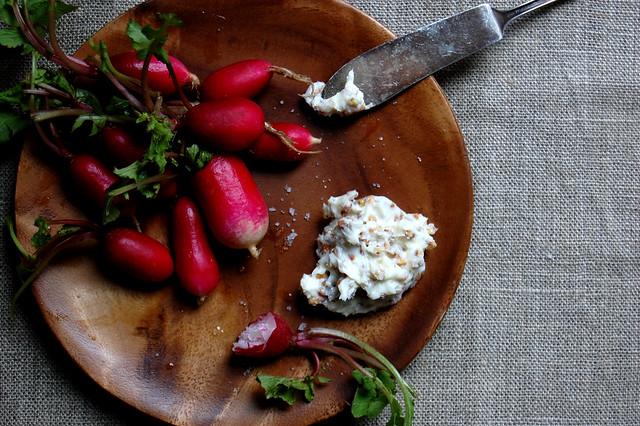 One of the most simple and unexpectedly lovely treats I ever discovered in visiting Paris was “radis beurre.” Radishes and butter: a simple snack of spring French radishes, accompanied by good butter salted with flaky fleur de sel.

An even better discovery came later, at a tiny but accomplished restaurant in Paris. There, the Michelin-starred chef combined the salt and butter with buckwheat groats. The nutty crunch combined with the soft, salty butter made an incredible combination I have been trying to replicate since. This spring, I finally got it right.

You will also like: Edamame-Parsley Hummus and Spring Vegetable Farrotto 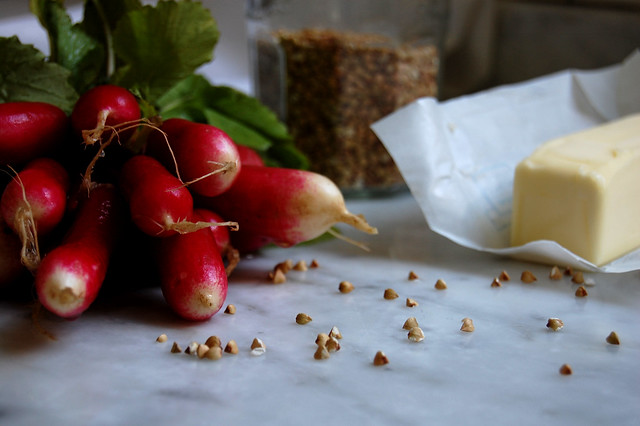 What are buckwheat groats? What are French radishes?

What the heck are buckwheat groats? Buckwheat groats are the hulled seeds of buckwheat. Buckwheat is gluten free, despite the “wheat” in the name. Groats have a mildly nutty, grassy flavor with a satisfying crunch.

I had always been turned off by radishes. I thought radishes were those fat little round things that were either very bland, or full of a sharp, horseradish-y notes. But French radishes are different. French radishes are small and oblong, tapered at the bottoms. The flavor of the French radishes tastes mild and clean but slightly peppery. They are available in spring. 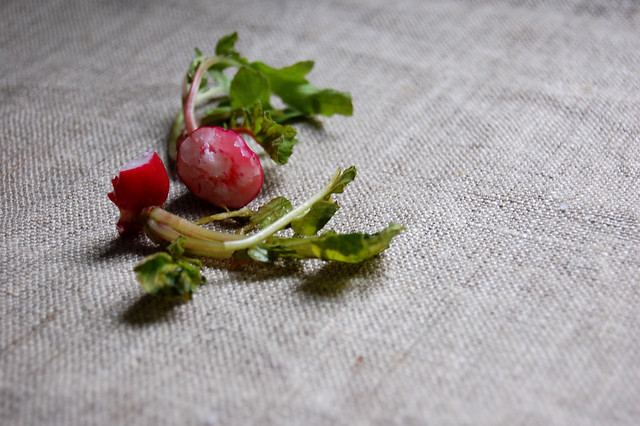 A few notes on French Radishes With Buckwheat Butter.

Toast the buckwheat groats. It only takes a couple of minutes in a dry pan, but this is the only way to really extract the nutty, grassy flavor and crunch that makes the butter so delicious.

Use a good quality, unsalted butter — preferably the European style, which has a higher butterfat content and tastes more satisfying. Plugra is the most widely-available supermarket brand. If you do not have fleur de sel or flaky Maldon salt, you can substitute kosher salt. But use a little less and then taste it, since kosher salt has a denser volume and a saltier flavor. 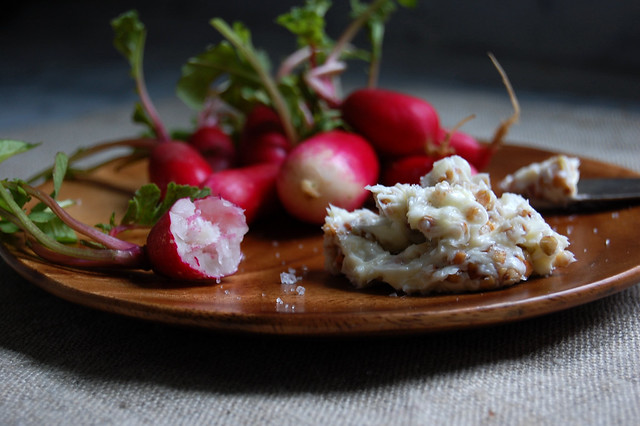 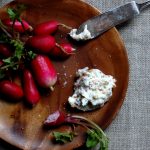 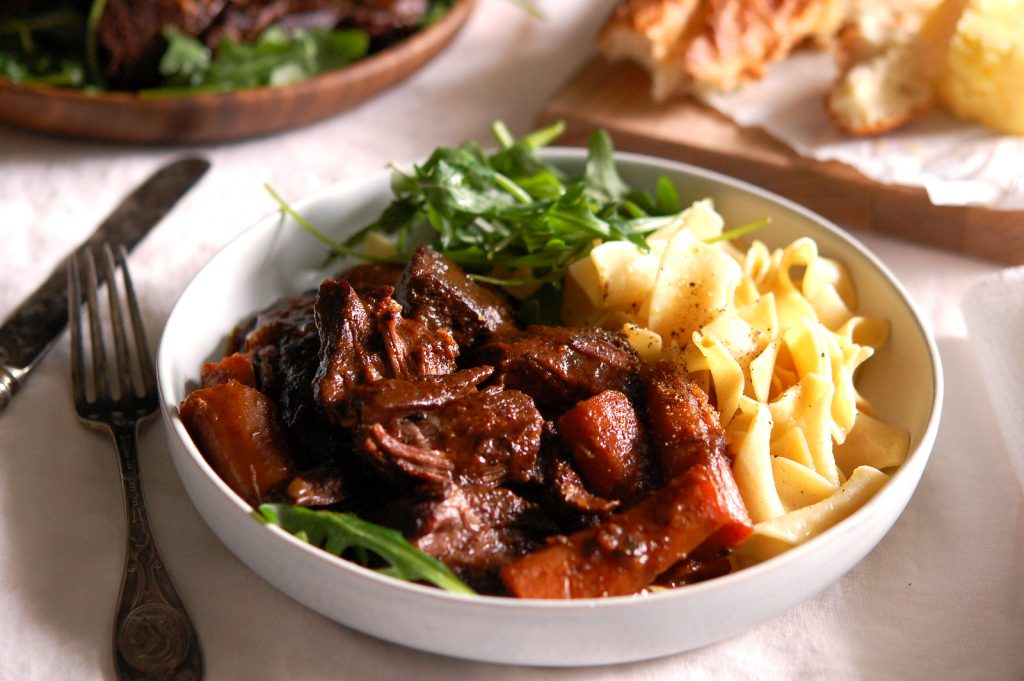 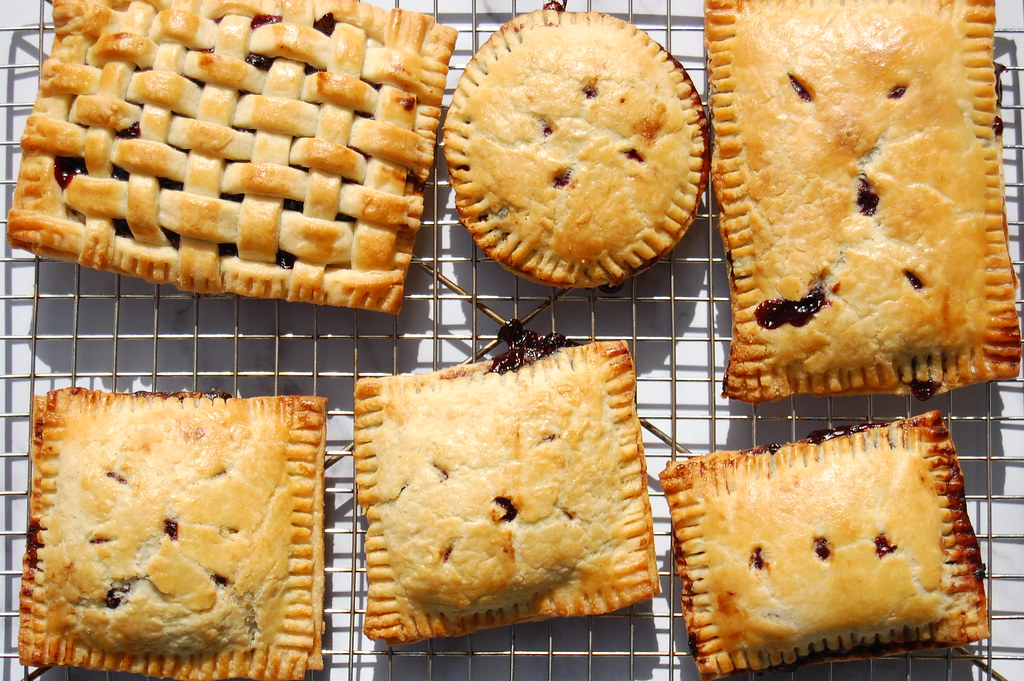 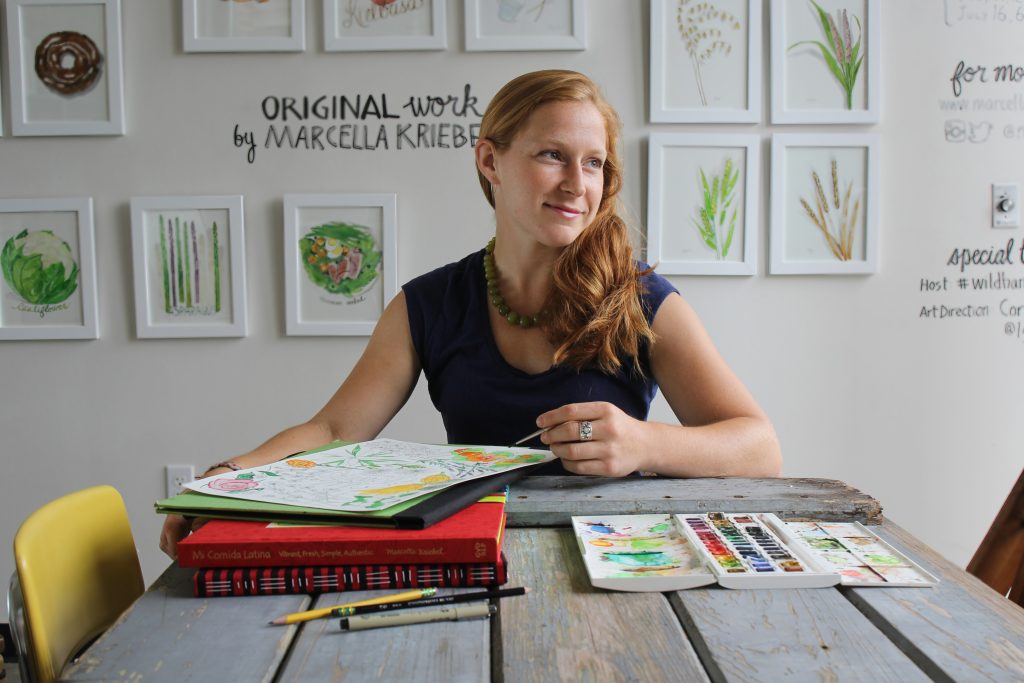 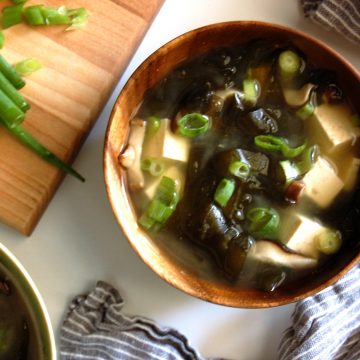 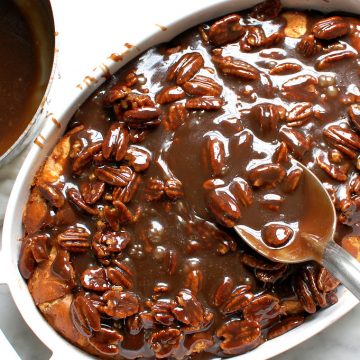 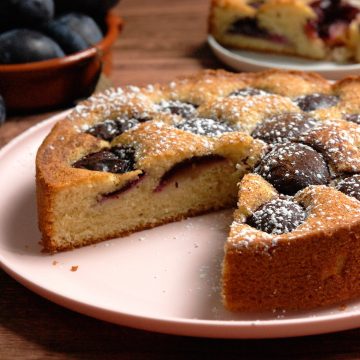 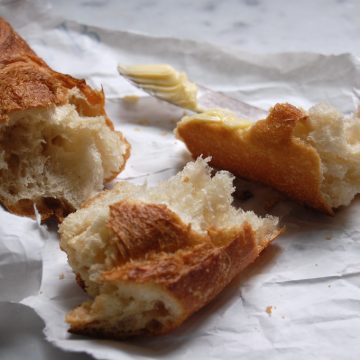 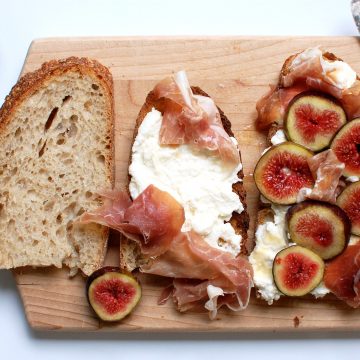 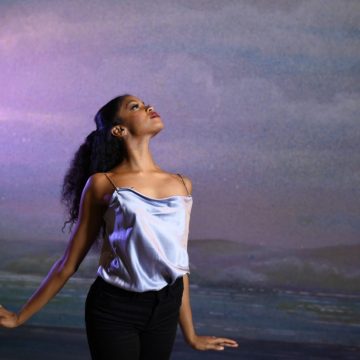